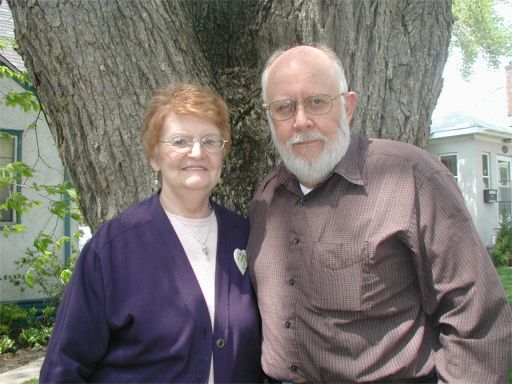 Born and raised in Dallas, Texas, John became an active member of Northwest Bible Church early in life. After John graduated from Highland Park High School in 1955, he attended Southern Methodist University where he furthered his education.

In 1956 John went on active duty in the United States Navy and was stationed in Brunswick, Maine. It was in Brunswick that the Lord convicted him of his lifestyle and confirmed his salvation in a little Baptist Church. While his squadron was deployed in Malta for six months, John fellowshipped with the Plymouth Brethren. It was there that the leading elder gave him his first interlinear Greek New Testament.

After being discharged from the Navy, John attended Tennessee Temple College in Chattanooga, Tennessee. He graduated from Bryan College in Dayton Tennessee in 1963, where he received a Bachelor of Science degree in math, and a minor in Bible that included four semesters in New Testament Greek. After graduating from Bryan College, John taught for three years on the Tennessee Temple College faculty, teaching both math and science.

While living in Chattanooga, Bible teacher and author, A. Edwin Wilson, had a profound and lasting influence on John. In John's words, "he [Dr. Wilson] taught things from the Word of God that I had never heard before, and therefore was challenged to check him out. I found out that what he taught about the mysteries of the Kingdom of Heavens could not be refuted without twisting the meaning of words and being inconsistent in interpretations." While under Brother Wilson's ministry, John handled the tape ministry of Daytona Heights Baptist Church.

For many years, John has discipled faithful men. Among other ministries, John has also been a Sunday school teacher, home Bible class teacher, Bible conference speaker, radio broadcaster and pastor, all the while working as a system analyst and programmer in the computer industry.

Form September 1982, John has pastored the Grace Bible Church, Minneapolis, MN. He is also the host of CHECK IT OUT TRACTS, which as the same articles regarding kingdom as found on this web site.

Both he and Jean, his bride of forty years, have shared a fulfilled life together, walking with the Lord. Jean is from Pittsburgh, PA and a graduate of Bob Jones University. They have one daughter, Rebecca, and three grandchildren, Winston, Isaac, and Catherine.

Written by Bill Ramey host of In The Beginning ministry. http://www.inthebeginning.org